Microfinance is a way of making capital available for people in developing countries, when starting or growing a business. In other words, it provides loans to entrepreneurs who normally lack access to financial services, so that they can invest in their businesses and improve their livelihood.

When SEB debuted with a microfinance fund in 2013, it was the first bank in Sweden to launch such a fund.

In short, this is how microfinance funds work:

In June 2019, SEB Microfinance Fund II reached its closing date. This is what the fund achieved during the five years it operated:

This is Nagarathna from the village Naharu Doddi in India. As an effect of a microloan through the SEB Microfinance Fund II, she was able to start a business raising and selling silkworms. This, in turn, meant she could afford putting both her children in school – a perfect illustration of how microfinancing and entrepreneurship can change lives. 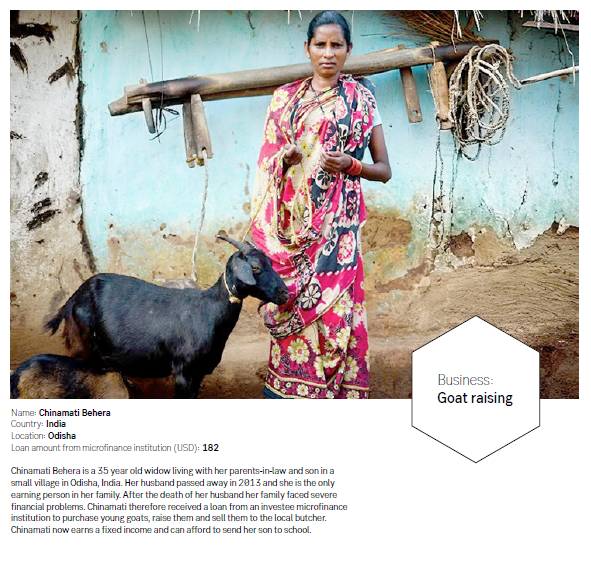 We use cookies that in different ways make it easier to use our pages and for us to understand how the website is used.

A cookie is a small text file that consists of letters and numbers that the website saves on your device. The cookie acts as a technical support that facilitates your use of this website. The cookies are sent from SEB or from third parties and are stored differently depending on the type of cookie. You can set your cookie settings below or find out how you can change them via the link below.

Read more about cookies and how we handle them

Necessary cookies are required to make our website functional, to maintain security and to save certain features and cannot be deselected.

You can set your browser to block these cookies, but parts of our website will then stop working. Within necessary cookies there are also cookies used to save settings such as language selection or whether we shall pre-fill your information in a form.

These cookies help us among other things to see which pages are most, or least, visited and how visitors move on our website. We use cookies from Adobe and AppDynamics to collect information for these purposes. Without these cookies, our possibilities to develop our services are reduced, but the functionality of the website is not affected. You can choose to opt out from these cookies.

I consent to given settings.